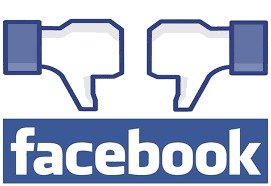 Facebook’s recent debacle represents another example of a business that is quite apologetic for not considering that they might have a broader responsibility beyond their investors.  As Zuckerberg, in a recent interview with CNN, stated:

“If you told me in 2004, when I was getting started with Facebook, that a big part of my responsibility today would be to help protect the integrity of elections against interference by other governments, you know, I wouldn't have really believed that that was going to be something that I will have to work on 14 years later”

While it is unfair to suggest that Zuckerberg, his executive team, and the Facebook board could have predicted this very scenario, it is not unfair to expect them to consider the broader societal implications of their business model and to take responsibility for the negative externalities that could result.

It is hard to be sympathetic when, for decades, companies have denied responsibility for the externalities of their business model, almost to suggest that they are victims to external forces beyond their control.  In 2012, Facebook denied responsibility for any cyberstalking that led to  Amanda Todd's suicide.  Just this past year they denied responsibility for the proliferation of fake news claiming that they were not a media company but a social planform company and thus shouldn’t police the content on their site. For years they have claimed that privacy was their number one concern despite heavy criticism that they breach this privacy principle when it represents a form of revenue for them but ignore it when it represents a cost.

Just like businesses before them that initially started off with a denial strategy, they are starting to first defend their position and, if they are smart enough, will come around to be a leader in fixing these negative externalities.

The poster child for denial of negative externalities was Nike. In the 1990s, Nike struggled to understand, initially, how and why they should have responsibility for the egregious working conditions in their supply chain when they didn’t own their suppliers.  They just couldn’t understand how this was their problem, claiming that they too are simply a victim of a highly corrupt and horrible supply chain.  But society didn’t accept this argument.  And it looks like society isn't accepting Facebook's argument.

But where does this thinking come from?  It comes from the shareholder wealth maximization ideology that pervades businesses.  Hypothetically, if I have tunnel vision to maximize wealth for my shareholders, it’s easier for me to rationalize behaviour that has negative implications for other stakeholders, unless I see how that impact will compromise shareholder wealth.  Otherwise, it’s not my problem.  That’s a government problem.  I’m here to maximize return for my investors.  Full stop.  Only when I see that my actions impact that return will I do something about it. But, for most companies, they realize this when it’s too late.

The similarity with Nike is that Facebook struggles to understand why they should have responsibility for content that is communicated and shared on their platform and whether and how their app developers, who are essentially suppliers, use the data of their consumers.  The contexts are different but the reluctance to understand and accept broader responsibility remains.

This is a crucial problem when we consider that the complexities of the business environment have propelled managers into uncharted territory, fueled by issues that were once the domain of civil society and government but are now at the forefront of daily business operations.   More often than not, these companies face major financial problems because their narrow focus on shareholder wealth desensitizes them to responsibility beyond what is required by law, and society makes them pay for it.