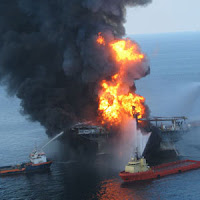 My colleagues Dirk Matten and Andy Crane posted their take on the top 10 CSR stories of 2010:

Looks like the BP Oil Spill is taking most of the votes.

Have a look and cast your vote
Posted by Mike Valente at 10:50 AM No comments:

One Man's Quest to Change a Gasoline-Based Transportation System

Shai Agassi, CEO of Better Place, is calling for the end of gasoline cars by 2020. If you’ve ever heard this guy speak, I think you’d find yourself believing it.

I’ve blogged about Better Place before. They have raised $700 million from investors who see the potential in Agassi’s business model. Better Place is a global provider of electric vehicle infrastructure, network and services. The company isn’t in the car business nor is it in the fuel business. They are instead in the systems changing business.

I’m particularly impressed with this company because they demonstrate the capability of business to enact social change. This approach to sustainability is much different from what we hear of in a typical corporate social responsibility report where companies demonstrate their commitment to reducing CO2 emissions, waste or energy use by trivial amounts. Better Place’s version of sustainability is not about making incremental improvements to existing models; it is about trying to change the taken for granted and unsustainable transportation system that locks us into an oil-centric society.

There are many companies like these, companies that relentlessly work to change systems that many would argue are impossible to change due to the highly inertial and institutionalized norms associated with their existence. Grameen Bank, Interface Carpets, Patagonia, Terracycle (photo of founder to left).

VanCity, and many others are doing hard work to change a highly established set of practices that lead to social inequity and environmental destruction.

But the challenges are enormous – more enormous than any typical entrepreneur would face. For this is not a matter of filling a small gap in the marketplace such as selling a new brand of detergent or opening a restaurant in a neglected area of the city. This is a matter of building new supply chains, unconventional partnerships, and new markets that did not exist before. Better Place needs to build up new suppliers to provide the vehicles to fill these stations, the batteries to fuel the vehicles, and the technology to provide the service. They also need to inspire the consumer to engage in this new system which is not just about purchasing an electric vehicle but about changing the way they think about refueling and driving more generally. They also need to build strong partnerships with unconventional actors like NGOs, communities, and governments. Without the Israeli, Danish and Australian governments’ buy-in, any system-changing endeavor like this one would be quickly disbanded.

Another challenge is the fact that they are facing a brick wall of embedded actors who would be severely threatened if something like this were to happen. Agassi mentions ‘oil’ as his primary competition. Courageous entrepreneurs like Agassi who meddle with a system that a small wealthy elite group has worked to institutionalize will face enormous resistance, much like the electric car industry faced in the 1990s.

So in effect, a firm like Better Place is thinking at the systems level rather than introducing a new product or accessing a new market within an existing system or supply chain. As John Elkington puts it, engaging in this type of entrepreneurship requires a special kind of person, one that is unreasonable and insanely ambitious.

Posted by Mike Valente at 7:31 AM No comments: 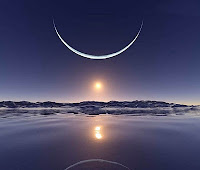 CBC aired a documentary called “Playing God with Planet Earth” where they explore the latest on geoengineering and engage in a very thoughtful debate about the potential opportunities and dangers of pursuing this highly controversial area of science.

I was particularly struck by the following quotation from scientist David Keith:

“These are technologies that give us enormous leverage over the planet where once you know how to put a kind of aerosol in the stratosphere, then an incredibly small amount of money allows you to manipulate the entire planet. It gives you enormous god-like powers”

During the documentary, there is a debate about whether we should use computer models to test the effects of geoengineering or whether we should conduct small-scale experiments to monitor their effects. Isn't this missing a bigger issue? On the one hand, computer models are limited to capturing the variables it is programmed to include. On the other hand, the use of experiments falls victim to a naïve assumption that the effects are merely small-scale versions of global phenomena – something that complexity theory would disagree with.

In both cases, it’s important to ask whether we have grown over-confident in our ability to use the scientific method to resolve global issues. The documentary nicely chronicles a geoengineering strategy off the coast of Senegal where government officials responded to flooding upstream by cutting a drainage canal in a sandbar that protected small villages from the strong ocean currents. Within a matter of months, the canal exploded in size from a few meters wide to several hundred meters. The resulting waves wreaked havoc on small villages ill-prepared for the onslaught. The point CBC was trying to make is that we are ill-equipped to fully understand our very simplistic responses to nature's complexity. 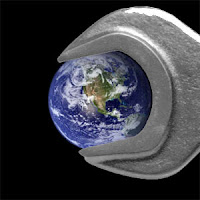 To explore this further, it may be worthwhile to consider the debate on what is meant by “sustainable development”. The “weak” interpretation of sustainable development is guided by a perspective that views humans as superior to nature and thus in a position to exploit the natural environment as part of an economically rationalized agenda. Here, sustainable development is overpowered by the scientific-industrial paradigm whereby development should be determined by science and economics. The very idea that we have control over nature and that the coveted scientific method will come to the rescue falls within our socially constructed worldview, resulting in, what some would argue, a self-fulfilling prophecy. Are we falling victim to what Einstein warned: “We can’t solve problems by using the same kind of thinking we used when we created them” 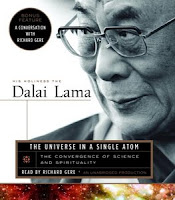 The “strong” interpretation of sustainable development views humans merely as one strand of the web of life with no privileged place in nature. Advocates of this perspective argue for changing the ends of social actions away from economic and scientific ideals to morals and values using participatory, transparent and democratic processes. The Dalai Lama, in a book called The Universe in a Single Atom: The Convergence of Science and Spirituality, argues that the separation of science and spiritually is a false distinction that must come to an end if we are to address some of the more complex phenomena in our society. Some physicists, stumped by the unpredictable and completely irrational nature of particles at the subatomic level, are beginning to turn to spirituality and non-science based thinking for answers.

Could a greater incorporation of non-science and non-rational based thinking play a critical role in highly complex decisions? Applying this question to geoengineering at a simplistic level might suggest that any scientific pursuit must be tempered by considering the behavioral element or, as the documentary calls it, our habitual addiction to activities that cause climate change. In other words, resorting to science as a panacea for these sorts of systemic issues is not only dangerously naïve but goes against the very fabric upon which we exist. It arguably omits a whole spectrum of non-science and non-rational responses that make up our society and the ecological environment in which we reside.

What are the implications for business? You could argue that the business version of the above discussion comes out in the overall purpose of why the business exists. The weak approach pushes for an economic-based business model while the strong approach pushes for a moral-based business model. Will the latter companies be better positioned to deal with complex issues such as climate change, poverty, and human rights? Time will tell.
Posted by Mike Valente at 1:34 PM 2 comments: