Uber: Supply and Demand Versus Fairness 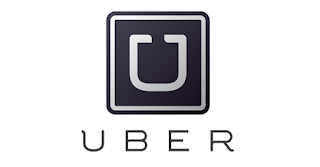 Why is it that an explosion of complaints ensues when Uber’s price “surges” during something like the Toronto Commuter Crisis yesterday?  After all, the price increase is only a reflection of the most basic of economic models, supply’s attempt to match a surge in demand.  The commuter crisis created a surge in demand that cannot be met by the existing supply.  As a result, prices increase to lower demand and at the same time create an incentive among Uber or non-Uber drivers to become a supplier and drive.  This is the market mechanism at work.  Why are people so upset?

When you think about it, Uber is an amazing innovation because it demonstrates how we can now use the internet to fundamentally challenge the oligopolistic taxi industry, which has moved at a snail’s pace to adjust supply to meet demand, if it attempts to do so at all.  But with Uber, demand and supply remain in sync as real time information is communicated instantaneously.  This means that there is no evil wizard CEO behind the curtain indirectly fluctuating prices, as we see in so many other industries, but instead a raw and authentic market mechanism at work that is adjusting the amount of supply to demand.

If Uber didn’t exist, why wouldn’t people be complaining about the lack of taxis available?  Why is it that people instead understand that the crisis likely created an unavailability of taxis?  What’s the difference?  Why are we okay with taxi companies not being able to meet demand at a time like this, while putting forth immense and oftentimes inappropriate vitriol when a company like Uber is able to meet demand quicker than even replacement TTC Buses?

This is a fundamental question that gets to one of the central explanations of human behaviour that, since the industrial revolution if not before, has stood to challenge conventional market logic.  A series of studies done over the last several decades has shown that people are much less accepting of behaviour that conforms to market rationality than they are of behaviour that is perceived as fair.  The reason why consumers lash out at Uber is that most people perceive their price increases to be unfair and exploitative of a large group of consumers who are vulnerable.  This is no different than consumers lashing out at hardware store managers for raising prices of shovels following a major snow storm even though the store managers are simply trying to do what Uber is doing.  That is, they’re trying to lower demand for the shovels to meet supply.  But this logic is unacceptable to the consumer and as a result the hardware store’s goodwill and reputation deteriorates as mistrust settles in.

There has been a deluge of experiments that prove the above behaviour almost every time.  Predicting this behaviour is equity theory.  Equity theory suggests that people come to expect a certain level of fairness when comparing the investment (effort/time/resources) they put into something and the outcome they receive such that if they put more investment into something, they should receive a greater outcome than someone who put in less.  Perceptions of unfairness come along when, despite putting in the same level of investment, two people diverge in the outcomes they receive OR despite variations in the level of investment, two people get similar outcomes.  We’ve all experienced this whether it be a job promotion that we feel we should have received but instead went to someone who didn't deserve it or waiting an exceptionally long period of time for a gas pump only to have Johnny in his pickup stream in at the last minute and scoop up your spot.

We can apply this same theory to the hardware store managers.  They didn’t have to give up anything (time, resources, profit) to justify an increase in price of the shovel.  Yet you as the consumer had to forego more of your money than normal to get the shovel.  This means that the store manager gains something at your expense.  We find this inherently unfair as humans.  But once we learn that the hardware store manager increased the price because of higher costs from her supplier of shovels, we’re okay because the manager lost as much as we did.

The same logic applies to Uber.  In a situation like the commuter crisis in Toronto, Uber benefited with higher prices at the expense of the consumer who lost money.  This is perceived as unfair and as a consequence has received a large amount of attention.  If we were all undying supporters of the market logic, you wouldn’t hear a peep from anyone, because this is the market mechanism at work.

Our response to Uber is just another social experiment to help us understand what we expect from others in society.  It provides an important lesson to those individuals and companies who mistakenly rely on people to employ a market logic (i.e. consumers will pay higher prices when supply drops or demand increases) when evaluating the integrity of their behaviour.  In other words, trying to justify higher prices based on surges in demand or based on a lack of supply, while completely logical to some, is not acceptable to many.  There are a number of industries out there that struggle to grasp this idea and as a result suffer from an irreparable stain on their reputations.  Telecommunications, airlines, banks and oil and gas companies are among them.  Many of these companies take advantage of these sorts of crises and fluctuate their prices at the frustration of the consumer.


As consumers of Uber, we need to make a decision. We can either accept Uber for what it is – an alternative transportation mechanism that instantaneously adjusts supply with demand – and suck it up or we can send a message to future entrepreneurs and business owners that developing a business that relies on the market mechanism alone, while ignoring equity theory, will be done at your own peril.  For companies, the advice is this:  a company like Uber needs to help the consumer understand that it is in fact losing something with the price increase; it needs to find and incentivize drivers to fill demand.  But the only way it can do that is to pay them more.  If the consumer understood this, we wouldn't think Uber was unfair and we'd see less lashing out at the company.
Posted by Mike Valente at 12:47 PM 1 comment: