Student Stress in Business Schools: For What?! 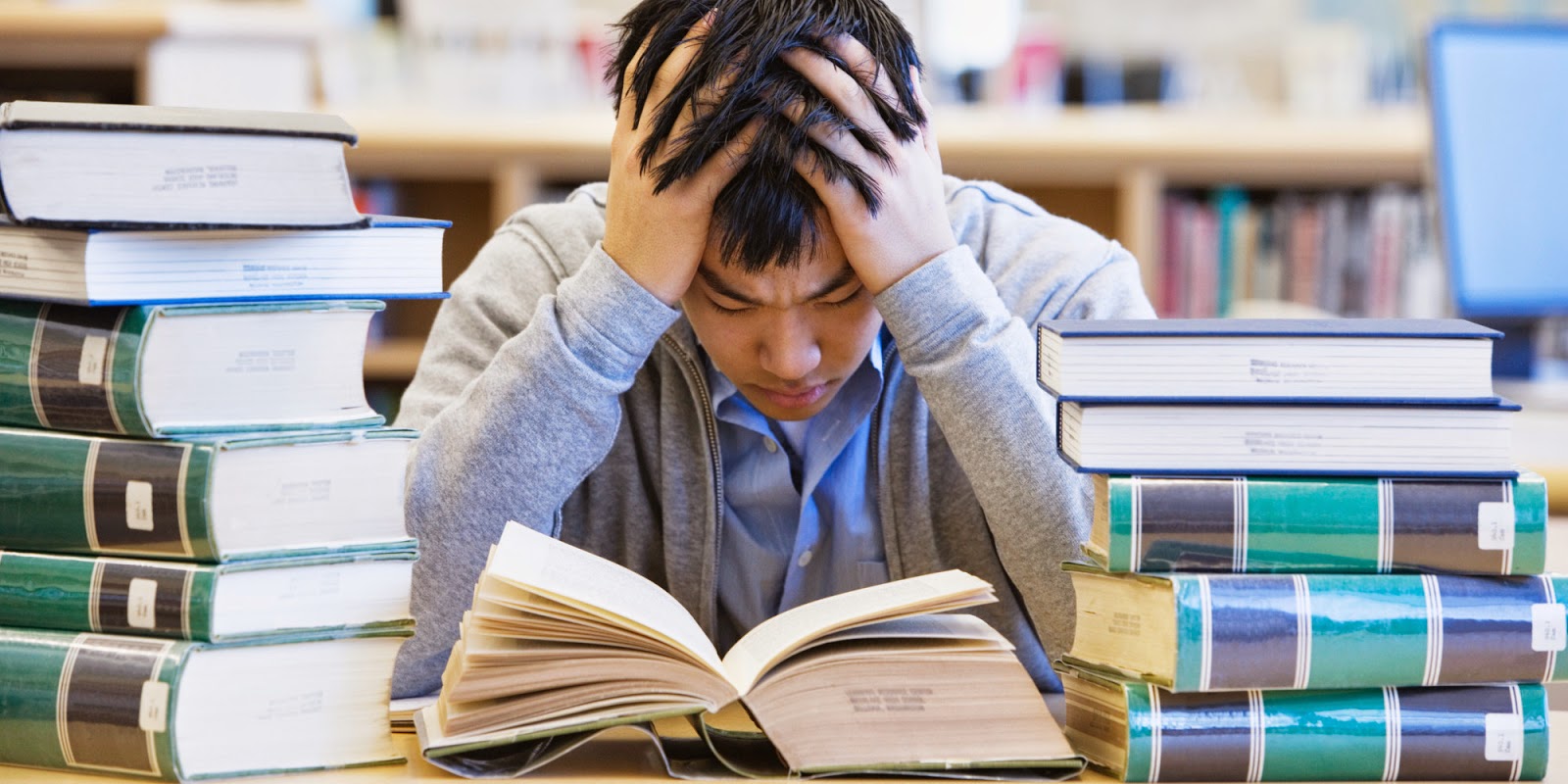 This week my students wrote their midterm exams.  The exams only take up half of the class, so I used the rest of the class to discuss the topic of stress in the workplace. No doubt the onslaught of exams and assignments due right now provided them with a way to personalize the key messages of the textbook.  I began the discussion with an alarming study done by the Association of Universities and Colleges of Canada where they found that of 30,000 post-secondary students surveyed:

Even more interesting was that the study attributed stress and anxiety as the two main causes of poor academic performance, each explaining 39% and 28% respectively.

What struck a chord with me is that my students didn’t seem at all surprised by these statistics.  In this backdrop of unprecedented student stress, I then asked them to think about what might be causing this level of stress in their lives and of the lives of a good chunk of the 30,000 students in the study.  I was quite taken by the honesty of the opinions put forward by my students.  But I was more importantly concerned by what they were telling me.  What came from this discussion was an expression of immense pressure imposed on them by those who ironically were meant to support and nurture them.  Students discussed the role of their parents in setting expectations that were highly unrealistic, such as the need to maintain the 91% average that got them into university even though the expected average of undergraduate students during the program is 77%.  In addition, although business programs tend to admit students on the basis of a balance between good grades and a demonstration of leadership, commitment to extracurricular activities, and community involvement - the very things that might reduce their stress level - these very programs all but snuff out these latter qualities by failing to reward them for continuing along these lines.

Another point of discussion was the stress levels associated with getting good grades that impact their ability to get a job upon graduation.  There is a sense among students that their grades are paramount in determining whether or not they will succeed in life, despite the fact that a majority of employers do not look at grades.  In my teaching career, and even compared with my own time as a business student, I have witnessed an increase among students in the prioritization of getting a job and a simultaneous relegation of what many would argue is the spirit of university life: to learn, contribute to a learning community, develop as a person, give back to the community.

I worry that this has particularly important consequence for business students.

Consider a recent US study done that compared satisfaction levels of university/college graduates across different degrees (e.g. business, humanities, science).  They found that only 37% of business graduates were deeply interested in the work that they do, which is significantly lower than graduates in non-business disciplines where 45% were deeply interested.  What is particularly striking is that business graduates lag behind their non-business peers in “liking what they do each day and being motivated to achieve their goals”.  And all of this comes with a slap in the face as business graduates are not making any more than their non-business counterparts. While this is a US study, I have a sinking suspicion that the same results would emerge in Canada.

So if I were a business student, I’d be asking, "Why am I going through all this stress when it’s only going to lead to huge dissatisfaction in the job I’m in afterwards in comparison with my non-business peers?".  These studies suggest to me that we have imposed on our students an expectation that they endure high levels of stress and anxiety for jobs that they don’t really care about doing.

To this very point, I was in a meeting a couple of years back when one of my colleagues was befuddled by the fact that a majority of our undergraduate students go on to jobs in what are known as the ABCs – Accounting, Banking, and Consulting.  He wondered why so few of our graduates are interested in jobs at Google, Amazon, Apple, Facebook or their equivalents.  Notice that unlike the ABCs, these jobs create new value for society by introducing products or services that have the potential to revolutionize how we live and resolve some of the most important problems we endure today.   In fact, a study done a few years ago by economists Stephen Cecchetti and Enisse Kharroubi found in a 2012 study that when too many business graduates go to the finance sector, economies decline because strong talent is wasted for financial projects that don't do much to create growth over the long haul.

At the beginning of the term, I asked students to fill out a profile card to tell me a bit about them.  During the coffee breaks of each class, I ask students one-on-one for elaboration of what they’ve written on their profile.  From these conversations, I’m constantly amazed by the passion they exude for particular things, their diverse backgrounds, interests, hobbies, uniqueness and their general perspective.  But there is a sad but real disconnect between these characteristics and what they indicate, in the same stroke of their pen, as their area of intended specialization in business - the ABCs - even though they are passionate to do much more.

Rarely do business students get credit for engaging in activities that do not fall within a narrowly defined scope of business acumen, a model of curricula that predates even my time.  When I think of it this way, I’m not entirely surprised by the stress and anxiety levels of students and the lack of satisfaction and meaning they get from their jobs post-graduation.

To any business students reading this right now, in the midst of the daily pressure of writing your exams and completing your assignments, try to infuse your time here with what university was meant to be about – self-development, learning, harnessing your passion, and finding meaning.  Not only will this help manage your stress level, it will also ensure that you find yourself in a career that is meaningful, has purpose and interests you to your core.

Posted by Mike Valente at 12:37 PM No comments: