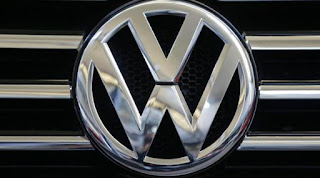 I’ve had some time now to reflect on the Volkswagen scandal having now discussed the topic on TVO here in Canada.  During my interview on the program, I was asked whether I was surprised by their behaviour. Although disappointed as a business professor, there have other egregious examples of this sort of behaviour, equally distasteful in their demonstration of disregard for moral principles and rule of law.  Big bank deliberate manipulation of the Libor interest rates in Europe that affected millions of people, HSBC’s money laundering for drug cartels and here at home SNC Lavalin’s bribery charges come to mind.

The host Steve Paikan asked me to comment on what goes on in the minds of executives of these companies.  I spent some time discussing the shareholder primacy ideology that pervades business decision-making and the business schools that groom these types of decision-makers.  There are several articles that have come out supporting this view (see Fortune Magazine’s article for example).

But one thing I didn’t get a chance to elaborate on is that if the mandate is shareholder wealth creation and nothing else, why would companies like Volkswagen break the law when getting caught would result in substantial erosion of the very shareholder wealth they were taught to protect?

The cost/benefit analysis I discuss in the interview (the benefit to shareholders of not getting caught far outweighs what is only a potential cost) only explains part of the reason.

There is a more complex and accurate explanation reason for this paradox.

How could this be?

Let’s draw on a medical analogy.  It is common knowledge that while medical specialists are experts in highly specific parts of the body, they are limited in their ability to see the patient as a whole.  That is, they struggle to see the patient holistically where the health and well-being is inextricably tied to the complex interactions of hundreds of physical and mental parts that work in unison.  Even general physicians have often been criticized for not seeing how the patient’s physical welfare is highly connected with its psychological, intellectual, and emotional welfare.  The natural tendency for physicians to prescribe drugs is meant to deal with the symptom, for instance, when the patient might need emotional and psychological support.

You can therefore consider the treatment of patients to fall into two categories.  The first is seeing the patient as the sum of individual and disconnected parts where one can isolate and remedy parts of the patient in isolation.  The second is seeing the patient holistically where the whole is greater than the sum of the parts.  Here, the treatment of a seemingly isolated part of the body has important and often unpredictable implications for other parts of the body just like a person’s emotional state affects and is affected by its physical state in very nonlinear and unpredictable ways.

There are at least two potential consequences associated with the first reductionist approach.  The first is that treating one part of the patient will likely cause negative consequences for other parts.  We see this all the time when considering the physical and psychological effects of prescription drugs.  Specialists, who work to keep, say the liver in good shape, may end up engaging in behaviour that compromises other vital organs.  In his highly touted book Being Mortal, Atul Gawande explains how the ideology in medicine to keep the patient alive at whatever cost completely ignores the mental and emotional consequences of this ideology to the patient.  Here, the patient may live a longer life but their actual health has completely eroded because, by keeping them alive, they’ve compromised their ability to do the things that kept them fulfilled.  We’re only now seeing a growing awareness of mental health but it is far from being incorporated into a more holistic approach to medicine.

The second is that treating the patient as a sum of individual parts may produce effects that ultimately erode the very part that was being treated.  This is a very common characteristic of complex systems because it means that the general physician who continues to prescribe prescription drugs to treat a symptom of a more underlying problem will find that the problem might actually grow in intensity and may resort to prescribing a higher dose of drugs. More simply, while an operation might temporarily remedy a physical ailment, the neglect of mental or emotional health in this process, might strongly impact the ability of the patient to fully recover, thereby making the physical ailment much worse.  This happens often with specialists where the treatment of a part of the body impacts others in ways that require subsequent treatments and drugs.

The relationship between these two consequences is typically chronological.  That is, the doctor’s decisions initially benefit the targeted body part, causing negative consequences for other parts, making it seem like the treatment is working.  But then, over time, as complexity theory would prescribe, the negative consequences to other parts start to compromise the initial body part that received the attention as the physical and mental state itself might start to shut down.
Now let’s take this analogy and apply it to management.  At business schools, we do not train students to be generalists.  We train them to be specialists.  By that I mean we train them on how to maximize wealth for one stakeholder – the investor.  In the same way that specialists are trained to know everything and anything that is related to the diagnosis and treatment of one specific body part, students coming out of business school are trained on how best to maximize shareholder wealth.  Yet just as the health of any human body is a function of understanding its complexity across multiple body parts physically, emotionally and physiologically, the success of any business is entirely a function of understanding the complexity of the environment in which it operates; that is, the wide range of diverse stakeholders that influence or are influenced by the business.

Let’s consider the first consequence of reductionist thinking described above and apply it to business.  Focusing on shareholder wealth in isolation has dramatic consequences for other stakeholders like communities, the environment, employees, consumers, and suppliers.  You might say, “but Mike, wouldn’t the manager see that eroding consumer satisfaction or treating your employees negatively adversely affect shareholder wealth?”  Not necessarily.  First, you have to think of variations in the time horizon.  We tend to presume that the time it takes to maximize shareholder wealth is equal to maximizing employee and consumer wealth.  This is not the case.  Shareholder wealth can initially be maximized at the expense of employee and consumer wealth.  I published a paper in Sloan Management Review that looked at the relationship between shareholder wealth maximization and external stakeholders and found that the more the board of directors were compensated with stock (a proxy for shareholder wealth maximization), the more value for consumers, the environment, employees, and communities eroded.

Second, we need to think about resource allocation.  To a specialist, every dollar allocated to non-shareholders such as consumers and employees means a one dollar loss that could have gone to shareholders.  With this way of thinking, a management specialist is going to search for ways to maximize shareholder wealth in ways that don’t require attention to other stakeholders.  Thinking back to the medical analogy, if the goal is to prolong human life and to therefore trivialize or at least de-prioritize mental and social well-being, physicians would try to convince patients that the obvious choice is to find alternative ways to fulfill their life and to be thankful that they’re still alive.

This is not that different from the food and beverage industry, where taking advantage of the addictive qualities of fat, sugar and salt to hook your consumer leads to consumer loyalty and shareholder wealth but an increasingly unhealthy and obese consumer.  We can say the same thing for employees where the obvious question one would have is, “don’t companies know that employees treated well are more productive and loyal to the company”?  But studies show that despite solid science that prescribes specific strategies to improve employee productivity through motivation, job satisfaction and a positive work environment, only 18% of companies use these strategies.    But more importantly, we have to think about how the mindset of the specialist in this case is going to find clever ways to avoid the costs that come with positive employee treatment.

Let me end with Volkswagen.  The reductionist approach of shareholder wealth maximization facilitates decisions that undermine the interests of consumers, the environment, and public health.  Initially, shareholder wealth is maximized as it was from 2005 to 2014.  But eventually, like the physician who continues to ignore the mental and psychological states of her patient for the goal of physical well-being and sees her efforts undermined because of the patient’s mental or emotional condition, executives at companies like Volkswagen failed to see how shareholder wealth was inextricably tied to long-term environmental welfare and public safety (in the form of regulation), consumer trust, and employee loyalty.

In sum, business schools are still very far from teaching its managers to think about business in a complex way.  We remain committed to a very reductionist approach where we argue that maximizing shareholder wealth will naturally maximize the wealth of other stakeholders.  This is like the general practitioner saying that the well-being of the patient will be maximized if we prolong their life or a skin specialist arguing that if we simply keep your skin healthy, all other parts of your body, including internal organs and mental and psychological health, will improve as well.  The notion that shareholder wealth maximization will naturally improve the welfare of other actors is a façade backed by no evidence.

It will take some time to convince business school deans that the shareholder value maximization ideology needs to change.  For the time being, these Volkswagen type stories will continue to arise – one out-shocking the other – until we begin to look in the mirror as business schools to consider revamping the ideology that guides our courses, culture, and the mentality of the professors and graduates entering the workplace.
Posted by Mike Valente at 1:06 PM No comments: