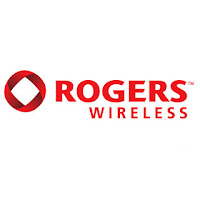 Some of you may have heard that Rogers Telecom was accused of engaging in misleading advertising in 2010 when they claimed that they had more network reliability and fewer dropped calls than upstart wireless carrier Wind Mobile. Their defense is as astounding as it is a symbol of the growing incommensurability of business interests and those of society. Rogers is arguing that the truth-in-advertising rules that would prohibit this type of behaviour are a violation of its right to freedom of expression.

More particularly, Rogers is arguing that it is a violation of the freedom of expression under the Charter of Rights and Freedoms to force them to test its products before making claims about them. The Competition Bureau has charged Rogers with misleading advertising given that there is no evidence that users experience fewer dropped calls.

The testing rule "prohibits and penalizes entirely truthful claims, including claims made on a reasonably held belief that such claims are entirely accurate and claims that are proven to be entirely accurate through post-claim testing. Not only are these types of claims entirely harmless, but they play an important role in consumer choice and may have a significant positive impact on prices and product innovation.”

It’s important to consider the broader implications of what Rogers is saying here. In essence, they are suggesting that companies should be allowed to over-promise certain features of a product or service so long as they have a “reasonably held belief that such claims are entirely accurate”. Is this argument really about the freedom of expression? There is no doubt that companies are eager to improve the image of their brand in the eyes of the consumer to capture market share. Because price is relatively uniform in an oligopolistic environment, firms can only create value by creating perceptions in the minds of consumers that there is some additional value to be had out there (e.g. fewer dropped calls and better service).

The ironic thing about all this is that Rogers is leveraging the Charter of Rights and Freedom to justify their misleading claims to consumers. When large oligopolistic companies like Rogers, put forth these sorts of claims they are in fact compromising the ability of consumers to make informed decisions. If Rogers succeeds in their argument, what’s next? Is Coca-Cola permitted to claim that drinking their beverages are healthy just because they have a “reasonably held belief that they are accurate”? Do banks have the right to claim that taking on another credit card is going to improve your satisfaction in life because they also have this reasonably held belief? Do oil and gas companies have the right to claim that climate change is a hoax because they have a reasonably held belief?

The impact that companies have on society is profound. Like any other social actor, they shape norms, beliefs, and behaviours of wider society. Companies have a vested interest to create value by increasing the willingness of consumers to pay for their products and services. But this is ultimately a transfer of value rather than the creation of new value. Informed decisions and truth are highly valued in society. All Rogers is doing is appropriating that value; that is, they are transferring value from society to its own margins by fabricating their messages and to influence the beliefs of its consumers.

Those of you following the circus surrounding the US Republican race likely noticed the recent criticism of frontrunner Mitt Romney on the empire of wealth he created through his firm Bain Capital and a favourable tax environment for investment income. Before democrats even had the chance to launch an attack on the candidate, Romney’s Republican opponents blasted the frontrunner using rhetoric that would be considered blasphemy within Republican circles. They were essentially attacking the very ideology that made Romney rich; that is, his efforts to pursue the American dream by creating individual wealth through self-interest. Almost biblical in the US and other Western countries, there is a strong belief that the pursuit of self-interest in a free market economy is synonymous with freedom and democracy. Yet here we have Republicans, defenders of this rhetoric, criticizing the prodigal son who is doing nothing more than practicing this ideology.

The fascinating thing is that the more popular Romney gets, the more he’ll unintentionally erode the highly conservative republican base of free market ideology. Below, I argue that both democrats and republicans, in their attempts to challenge his popularity, will bring to light the highly destructive and sinister effects of unfettered free market capitalism absent appropriate government intervention.

Stealing Society's Wealth: Let’s start with the relatively low 13.9 percent tax rate Romney has been paying on investment income. Is this Romney’s fault? Here’s a guy who happens to be making wise investment decisions and is fortuitously taking advantage of a low tax rate. What’s wrong with that? Those on the far right would say that there is nothing wrong with this and that changing the tax rate would imply interference by government and an obstruction of freedom. Those on the not so far right would blame government for allowing something like this to happen while releasing Romney of any blame.

Yet the grotesque irony behind the republican ideology is that it is the very advocacy for the free market that is usurping the interests of the middle class. Romney is the most telling example of this. In 2007/8, there was huge debate in the US about whether investment income should be taxed at a higher rate than the existing 15%. Through one of the most ambitious lobbying campaigns in US history, bands of investment banks, private equity, and hedge fund companies expressed their deep disagreement with such a regulation and pressured the US congress heavily against such a measure. Who was the main proponent behind the lobby? You guessed it, Romney’s firm Bain Capital. So people like Romney are not simply benefiting from the existing system, they are shaping the very system for their own benefit.

If Romney hadn’t gone for president, the American public may not have learned that one of the reasons why we have growing inequality is because the rich use their power and resources to ensure these sorts of regulations are in place. Only the wealthy can earn investment income at a magnitude that trumps regular employment income. Yet it is the investment income that gets the shelter, not he employment income. Another way to put this is that the rich like Romney are essentially stealing value from society because the resources paying for public services like roads and infrastructure need to be paid for by the middle class because the money that would otherwise be available from the rich is limited.

The implications of this realization by the mainstream public are profound when you look at this from a business perspective. Romney’s behaviour in influencing tax regulation for his own benefit is very symbolic of what we business school professors teach students to do in their role as a strategic manager. We teach students to mold the firm's competitive environment through for example the shaping of government regulation to favor the firm’s self-interest without considering the effect on broader society. We see this time and time again in the recent lobby of food companies to keep junk food on school menus and the more recent lobby of media companies to regulate internet traffic. Now many of my colleagues would argue that political lobbying is merely one voice in society alongside activists, the public and anyone else who wants to voice their views to regulators. This is a specious argument, one that neglects the complete imbalance of power in today’s society when considering corporate resources coupled with the Citizens United rule in the US.

Shareholder Value is Good for Society? The recent spate of criticism related to Romney’s Bain Capital is an extreme example of the naivety associated with the belief that the creation of shareholder return makes society better off. Bain purchases businesses that they perceive to be undervalued, “fixes” them up and then sells them at a higher price thereby making a return on their investment. Again, what’s wrong with this? By restructuring these companies, Bain is essentially creating value that wasn’t there before. But many commentators have discussed some of the implications of what Bain does with these companies. A New York Times piece a few weeks ago explained that to create this value, Bain needs to extract it from somewhere else. Eliminating jobs, freezing pensions, shutting down factories are but some of the ways in which they squeeze every last drop of financial value from the business. Not only that, after creating the value, Bain does whatever it can to appropriate that value for itself. This is not voodoo management, this is strategic thinking.

Interestingly, Bain borrows huge sums of money and uses the assets of the acquired firm as collateral for the debt. The implications of this are profound. By deferring risk to the acquired firm, Bain is free to engage in highly risky behaviour that would potentially benefit Bain immensely while eroding value of the acquired firm. There is no downside risk for Bain: if the company goes bankrupt, it’s no big deal because Bain doesn’t have that much invested. This is no different than how investment banks deferred risk associated with investments to mortgagees and investors, thereby eliminating any downside risk.

There is more to the story but what the reader should take away from this is that Romney’s Bain Capital is unintentionally illuminating how free enterprise in the last decade has built a strong capacity to make millions at the expense of broader society. As my colleagues Crane and Matten explained: "With Romney in the race, for the first time there seems to be a real public awareness and scrutiny of what has happened in corporate America in the last decade". Bain is showing that companies have an incentive to ultimately shift value from society to company coffers. For the first time, the public is beginning to see what is being taught behind the doors of Western Business classrooms.
Posted by Mike Valente at 1:14 PM No comments: