My Grandparents: A Challenge to the Western Food System 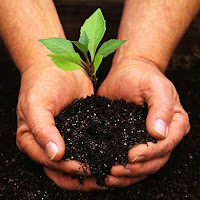 With my grandmother passing recently, I've decided to repost a story I wrote about how important it is that her very sustainable approach to food must not die with her.

At seven years old I playfully follow my grandfather around his seemingly endless backyard garden as he harvests giant field tomatoes, prunes cucumbers and zucchinis, tastes a green grape for ripeness, and feels the tenderness of peaches, pears, and apples as we pass their respective trees. He asks me to hold on to some leaves and vines he pruned from some Sicilian zucchini plants that I presume is slated for the garbage until he tells me that it will add flavour to the soup we’re to have later. We pass two giant buckets of water stationed under the spout of the house’s eves trough, to which he attaches a hose to water some peppers.

My grandmother comes out from her cantina with several empty mason jars scattering them on the back table, which is sheltered by a less than elegantly constructed canopy overrun with vines. He brings her dozens of tomatoes to prepare while he sets up an open pit fire underneath an oversized pot filled half-way with water. She fills the jars two-thirds with tomatoes, seals them tightly and inserts them into the pot to boil for 20 minutes, the time required to preserve the tomatoes for the winter months.

At a time when processed foods such as TV dinners, meat pies, and frozen pizzas are becoming increasingly popular on my and many other dinner tables in the West, I stand in amazement at how foreign this process is to me. Curiosity pushes me to mimic my grandmother as I help to remove stems from some green beans, twigs from some peaches, and residual soil from some tomatoes. Like a shrimp with its head still intact, these vegetables showed an element of completeness, revealing their umbilical cord to nature.

A few hours later we sit down for dinner: crisp lettuce, bean salad, pasta, peaches, and homemade bread, the eating of which garnered a uniquely fresh taste quite exotic to me. After experiencing a mere blush of this delicacy, I’m instructed to separate out the food waste from the ‘regular’ garbage; an unfamiliar task that impinges on valued playtime with cousins. As a respectable grandson, I ask few questions knowing that this second container is somehow for the garden.

Later, as a teenager immersed in western culture with several years to reflect on my grandparents’ behaviour, I judge them as primitive and cheap. How absurd it is, I judge, to catch rainwater to save on the water bill, to use food compost rather than chemical fertilizer or to labour the same fruits and vegetables found ready to eat at the grocery store. I feel embarrassed that my grandparents choose to cling to what I perceive to be an outdated set of traditions inferior to the luxuries afforded to Western society.

Fast forward to today and we see countless studies and documentaries warning of the negative social and ecological effects of the existing food system. Obesity, diabetes, compromised food safety, nitrogen infested oceanic dead zones and biodiversity loss all have close linkages to how we grow, eat, and dispose of our food. Experts attribute these symptoms to the increasing disconnectedness between the food consumer and food producer where young children, when asked where food comes from, refer to the grocery store. We as consumers enter the food system at the point of consumption with no participation in or understanding of how the food got to our plate and how it may be used to grow more food.

When I think of how troubling it is that we’ve become so removed from something so important to our wellbeing, I start to see the traditions my grandparents inherited in a different light. Last summer I started my first garden. It was small and simple but I absorbed and employed as much knowledge as possible from the two individuals who taught me at a very young age about the beauty of becoming more intimate with the food we eat.

Back in the garden, my grandfather shows me a flourishing avocado plant that grew from an avocado core he planted weeks earlier. I am perplexed when he explains that it’s almost impossible to grow avocados in southern Ontario. But then why plant it I ask? I realize that, to him, the core of the avocado is not waste but life and thus of value to his garden. The notion that food waste doesn’t exist is hard-wired into my grandparents’ subconscious, which explains why even leaves from zucchini plants are a rich flavouring for soup. When I stop and look at the vines overwhelming the now old canopy, I realize that their role in creating shade is no accident. To them, the harvested vegetable or fruit itself is only part of the value the plant provides. The different parts of the plant from its roots to its flower represent unique resources depending on the stage of the plant’s life cycle and its position in the garden. 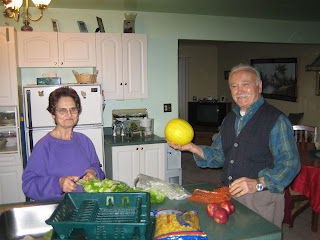 To my grandparents the garden is a mini-ecosystem, the value of which is a function of the interdependencies of its parts across space and time. This is unlike today’s food system, which uses a reductionist approach of maximizing yield of one vegetable or fruit at the expense of all else, including its own plant parts. Intensive fertilizer and pesticide use, mono-cropping, and the disassociation from the food growing process fundamentally contradict how my grandparents would define agriculture.

As they slowly leave us, I wonder if their much more sustainable traditions will be lost; traditions that were built over centuries to overcome some of the greatest challenges humanity has ever faced including the Great Depression, plagues, and poverty. Should we not learn from this generation so that we can re-associate ourselves with the food we eat and perhaps use this valuable knowledge to address some of the social and ecological issues of OUR time? Perhaps it’s my generation’s responsibility, now aware of the tremendous health and ecological effects of the existing food system, to learn about and maintain these traditions before it’s too late.